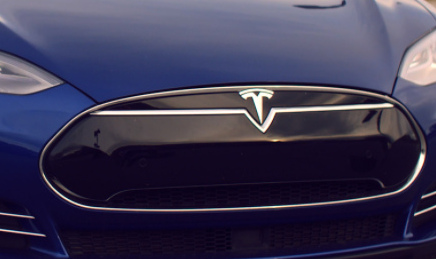 Sit back relax and let the car take you there

Two things seem almost for certain to happen in the motoring industry within the not too distant future. Firstly, all cars will become electric. The range of vehicles offered from all major car manufacturers will be electric as traditional petrol and diesel engines become a thing of the past.

The car enthusiast will no doubt want to take his or her petrol car out for a spin on the weekend, as people do with their classic cars currently, but they will probably have to pay for it through higher taxes on petrol and diesel as well as license taxes. Going electric makes sense on so many fronts that the progress towards an all-electric time is unstoppable, inevitable and certainly already well on its way.

The second revolution in the motoring industry will be the advent of driverless cars. With the help of lots of cameras and sensors and incredible software which is always learning and refining itself the time of driverless cars is already here with millions of miles of testing having already been done in multiple cities around the world by a number of car manufacturers and software companies. Cars such as the Tesla S, already come with the ability of self-automation even though legally the use of them is still a grey area. The car's sensors, software and A.I (artificial intelligence) systems are constantly evolving and will no doubt soon pass the stringent laws and requirements set by most cities before allowing fully autonomous cars on the road for the masses.

Once this happens, and it's only a matter of time, huge changes will come about on how we use our new 'smart' cars. Get in, tap in or even speak an address, and lie back and watch something on a screen or read a book or just have a little quiet time. Even for someone who loves driving, the prospect of being able to do that are highly exciting. This is a game changer on a lot of different levels. Laws will have to be rewritten, laws on alcohol limits, age and capability of drivers to name but a few. Already, bodies such as the National Transport Commission in Australia are reviewing, considering and debating the impact of autonomous cars on levels of alcohol permitted. They argue that there is a clear-cut justification for an exemption from drink-driving laws because there is no possibility that a human could drive a dedicated automated vehicle. Their argument being that if there is no steering wheel, gas pedal or indeed any other controls then the passenger only needs to get it and sit down which most of us can just about manage after a few too many drinks!

And what of under age drivers or the elderly who have had their licences revoked due to ill health, poor sight or indeed those who have never driven and hold no licence or have no previous driving experience. Driverless cars allows all these groups to purchase, own and use a car where traditionally they would not have been able to. So, would this mean even more cars on the road, more gridlock and longer journey times? Well, we will have to just wait and see but a world of autonomous cars also open up a lot more opportunities for car sharing and hiring schemes and with autonomous taxis and ride sharing services ballooning as prices drop and availability and competition increases, for most people living in urban areas, there may not be a need to actually own your car and instead make more financial sense to use the many services provided. In a vision of the future, you would probably go to an app on your phone, tap in your desired destination and within 5 minutes have a car waiting outside your house, ready to take you to your destination with no further interaction required other than to get in and sit down. There is also the theory that autonomous cars will be better drivers than us mere humans and so the flow of the traffic will greatly improve as there are no bad drivers on the road and therefore less accidents which is the major cause of most gridlocks. Now, we are an escorts directory, so we have to ask what, if any, impact will fully autonomous cars have for our industry? We think the impact will be positive, both for the escorts and for the punters. For the escorts, no driver means an added layer of security and discretion if they currently use a taxi service. For the punter, driverless, fully autonomous cars and taxi services also allow for discretion and of course being able to have a drink or two or more before, during or after your date and still being able to go home in your own car, or an autonomous taxi, is very attractive to most of us. I can see a lot more London escort outcall services becoming incall as the whole experience of commuting changes and becomes much more accessible and safer. Roll on autonomous cars we say ... Nissan have just announced that an adapted version of the Nissan Leaf will be used and tested out as self-driving taxis by Spring next year on the street of Yokohama, Japan, with a view to rolling out a permanent service by some time in 2020. These autonomous vehicles can be summoned, tracked and paid for all through a dedicated app. Nissan are just one of a host of companies pushing to get their systems live before the competition which includes companies such as Uber, Google (under a subsidiary company) and ZMP, a Japanese robotics specialist. The competition is now really heating up and most of these companies are a matter of months away from having a system which may pass any local regulatory laws and allow them to operate truly autonomous taxi services in and around some of the world's major cities. Check back again to these pages for updates on the progress of reaching that goal.