So who could you really call the MOST beautiful women in the world?

Which country can be crowned as having the most beautiful women in the world? We explore this age old question a little further 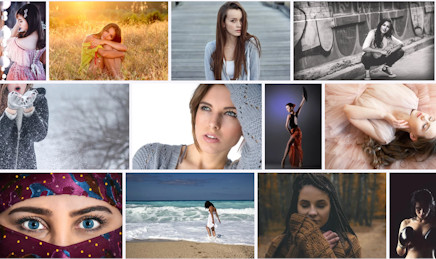 The Most Beautiful Women In The World

They say beauty is in the eye of the beholder and though there may be some truth in that it would also be fair to say that when a woman is truly naturally beautiful she is considered so by almost everyone who meets her.

It would be hard to say any of the women in the previously universally popular Miss World pageants was not beautiful. Even if you have a personal preference in looks, body shape or complexion and character you could still not deny that each and every one of those girls were indeed beautiful. So, you will find stunningly beautiful women in all cultures and societies and these ladies have such beauty that transcends cultures and personal preferences. Their beauty is undeniable and there for all to see.
In our quest to find out once and for all, definitively, which country has the most number of these stunning women we thought we would start with the aforementioned Miss World pageants which had its heyday in the 60’s, 70’s and early 80’s. A concept started in 1951 at the Festival of Britain by a Holborn born Englishman by the name of Eric Douglas Morley which quickly became an international annual event and attracted great publicity and media coverage. As this yearly pageant has been running now for over 70 years it must give us a good indication of which country or part of the world the most beautiful women came from. Surely it would be as easy as looking at the winners list over these 70 odd years and seeing which country comes out on top. Well it so happens that India and Venezuela come top. Now this may not have been the most scientific method of finding out which country has the most beautiful women but it certainly served as a guide. Once we started looking further into the list of winners we noticed a large number of South American winners. Winners from Venezuela of course but also Mexico, Puerto Rico and Peru. South America certainly appears to be well represented when it comes to Miss World pageant winners. But what of India, The Philippines and Jamaica as well as our own United Kingdom who only lag behind Venezuela by a couple of wins? Suddenly our focus on South America seems diluted when we find girls from all four corners of the world also appearing on those winners lists. Of course one pageant does not give us the full picture, we needed to dig deeper.

Top 20 Most Beautill Women In The World

The good people at Brightside.me have put together a panel of ‘experts’ to once and for all come up with a list of the top 20 countries with the most beautiful women. The list decided on by their panel of experts can be found here. It starts from number 20 in the world getting to number one as you scroll down. And there is THAT country again, Venezuela. Listed as number one for giving us the most beautiful women in the world, closely followed by The Philippines and Mexico.


Hold On A Minute!

Do we need more proof that Venezuela has the most stunning females in the whole world? In fact, as we had seen with the span of results from the Miss World pageants, South American girls occupy a number of the top spots. But we need to be cautious, these results probably don’t tell the whole story and can often be biased. What of the Russian girls or Romanian girls who are world renowned for their beauty? Why have they not won their fair share of pageant trophies, could bias be at work when they barely get a mention? Well not here on our blog! The beauty of the Russian escorts we have seen listing with us over the years and indeed Romanian escorts with their slightly darker complexion and unbelievably sexy eyes tells us that there is more to explore before we award the crown of the most beautiful women in the world to Venezuela. In fact, it’s near impossible to come up with a definitive answer but if we were to do our own ‘expert’ led top 10 we would find it very difficult. Suffice to say there are a dozen or so countries that produce the most beautiful women and Venezuela is definitely on that list as are The Philippines, Mexico, Russia, India and Jamaica to name a few. We will probably never all agree on which country comes top but we can certainly agree that certain regions and races produce the most beautiful women in the world.

If we have whet your appetite for a sexy liaison with a beautiful escort then head on to our photo listings of the latest London escorts. You will find a wide and enticing variety of girls from around the globe including all the countries that have a knack of producing the most beautiful women! See the sexy Venezuelan escorts and move on down the list from there! Pick yourself a hot gem and splendour in the pleasure you get from spending time with a truly beautiful woman! And you can really pick the girl that meets all your particular (I almost said peculiar!) needs, from sexy teen escorts to experienced mature companions. From blondes to brunettes to redheads. We have them all just waiting for your call - and please do mention us when you do make that call!