Commercial supersonic flights are set to make a return! 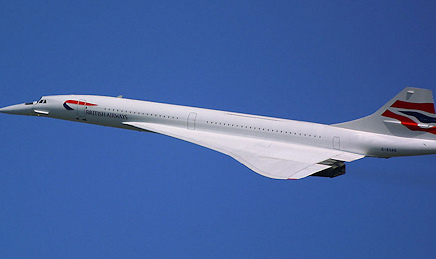 London to New York in just over 3 hours as supersonic flights make a comeback. For those of us who watched the decommissioning of Concorde with a tear in our eyes we can once again get excited at the prospect of supersonic commercial flights.

A US company called "Boom" is in the final stages of producing commercial supersonic airplanes which they promise will be faster, quieter and much more affordable than Concorde with flights from New York to London in just 3 hours 15 minutes travelling at a speed of MACH 2.2 (current airliners typically fly at around MACH 0.85 and Concorde reached a top speed of MACH 2.0) aided by a "breakthrough aerodynamic design" and state-of-the-art engine technology. Each plane will only have a capacity of around 45 passengers and a return flight, New York to London, would cost around the same as a Business Class ticket on a traditional airline.

When these planes start coming off the manufacturing line sometime in 2008 they will once again offer a high speed transatlantic flight that will save it's users plenty of that most valuable commodity ... time. At a time when airline jet are becoming bigger this a bold move by Boom creating something which may be too exclusive or niche to succeed financially. After all, these are some of the reasons Concord was officially retired in 2003 by both British Airways and Air France simultaneously. The declining passenger numbers, which were mainly due to the Concorde crash in 2000 and the 11 September attacks in 2001, and the high maintenance costs put the final nail in the coffin for Concorde.

Boom need to make sure their jets are safe, affordable and offer the range needed to make them an attractive alternative to subsonic flight. The demand will not be an issue if all of these are achieved and seeing supersonic planes over our skies could once again become a common sight.

With the possibility of a London to New York flight taking not much more than a couple of hours, we can just imagine high rollers booking a NY based escort for the evening and flying her out to London for the weekend and if the prices really do drop down as low as a standard commercial flight one day and more routes are introduced then we may all be booking international escorts and not just limiting ourselves to local London escorts.